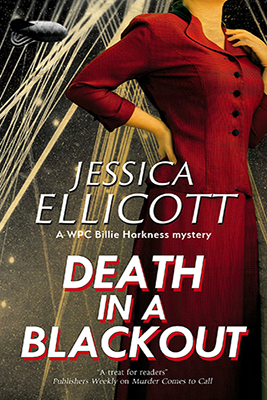 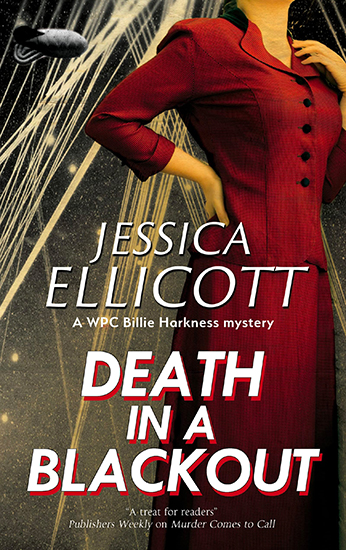 Death in a Blackout

The first in a brand-new WWII historical mystery series introduces WPC Billie Harkness—a female police officer who risks her life to protect the home front in the British coastal city of Hull.

1940. Britain is at war. Rector’s daughter Wilhelmina Harkness longs to do her duty for her country, but when her strict mother forbids her to enlist, their bitter argument has devasting consequences.

Unable to stay in the village she loves, Wilhelmina – reinventing herself as Billie – spends everything she has on a one-way ticket up north. Hull is a distant, dangerous city, but Billie is determined to leave her painful memories behind and start afresh, whatever the cost.

The last thing Billie expects on her first evening in Hull, however, is to be caught in the city’s first air raid – or to stumble across the body of a young woman, suspiciously untouched by debris.

If the air raid didn’t kill the glamorous stranger, what did? Billie is determined to get justice, and her persistence earns her an invitation to the newly formed Women’s Police Constabulary. But as the case unfolds, putting her at odds with both high-ranking members of the force as well as the victim’s powerful family, Billie begins to wonder if she can trust her new friends and colleagues . . . or if someone amongst them is working for the enemy.

Death in a Blackout is a perfect pick for fans of Jacqueline Winspear, Rhys Bowen and Susan Elia MacNeal.

The book’s psychological bent and this unusual setting make it a welcome debut.
—Library Journal

A fresh and different take on WW2 stories as an appealing young heroine finds herself investigating petty crimes and divided loyalties in the midst of the Blitz. Shades of Foyles War.
—Rhys Bowen, New York Times bestselling author

Ellicott has launched another great series with this debut novel. You’ll love the period details that vividly re-create the terror of the Blitz and the fortitude of the population during this exciting era.
—Victoria Thompson, bestselling author