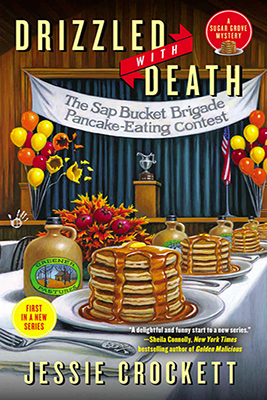 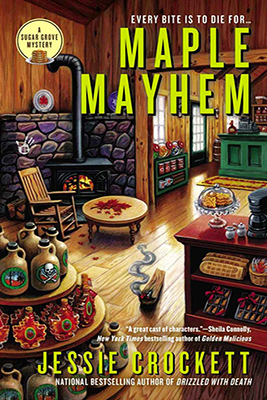 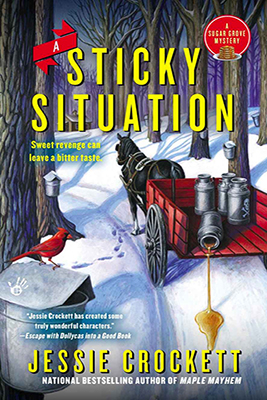 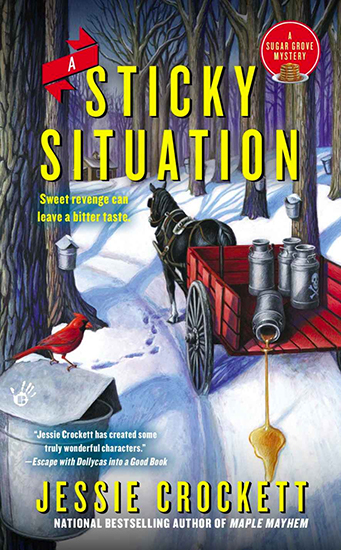 The author of Maple Mayhem returns to Sugar Grove, New Hampshire, where the Greene family—including Dani’s irksome Aunt Hazel—are busy preparing for the annual Maple Festival. But nothing kills the festive spirit like murder…

Aunt Hazel isn’t exactly sweet, but she’s not the only one putting syrup maker Dani in a sour mood. Her family is trying to help renovate the town’s Opera House, but their contractor Russ Collins seems to specialize in finely crafted excuses. And his latest one is killer.

In the Opera House basement, Russ uncovers the remains of Spooner Duffy, a charming drifter thought to have skipped town decades ago with a hefty sum of the town’s money. Tapping into some unpleasant memories, Spooner’s bones also threaten to reveal a murderer’s secret, and now it’s up to Dani to catch a killer before the town is stuck with a deadly reputation.

In Sugar Grove, New Hampshire, people are serious about their maple syrup—especially Dani Greene, whose family owns the Greener Pastures sugarhouse. But when murder disrupts the small-town sweetness, Dani pores over clues to draw out a killer…

Despite being a fourth-generation syrup maker, Dani isn’t stuck in the past. She’s starting a new agricultural cooperative that reduces costs for every syrup producer who joins. Everyone considers it a sweet deal except the die-hard curmudgeon Frank Lemieux—and when a saboteur starts targeting supporters, everyone suspects Frank.

But it turns out they’re barking up the wrong tree when Dani finds Frank murdered in his own sugarhouse. As the sabotage continues, she realizes that Frank was framed. With the help of her family, and a handsome official from the Fish and Game Department, Dani must catch the killer before another syrup maker kicks the bucket. 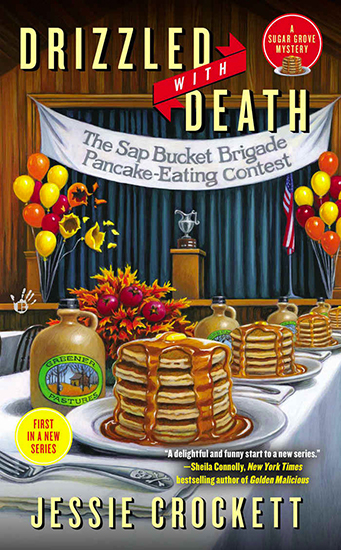 The annual pre-Thanksgiving pancake-eating contest is a big event in Sugar Grove, New Hampshire. It’s sponsored by the Sap Bucket Brigade, aka the firefighters’ auxiliary, and the Greene family farm provides the syrup. But when obnoxious outsider Alanza Speedwell flops face first into a stack of flapjacks during the contest, Greener Pastures’ syrup falls under suspicion.

Dani knows the police—including her ex-boyfriend—are barking up the wrong tree, and she’s determined to pull her loved ones out of a very sticky situation. The odds may be stacked against her, but she’s got to tap the real killer before some poor sap in her own family ends up trading the sugar house for the Big House…